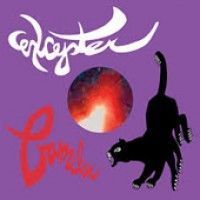 "Familiar" is Excepter's first new all studio recordings album since 2010's U.S. double album release "Presidence" (Paw Tracks) which brought the band the international recognition of The Wire magazine's cover story followed in 2011 by the shattering news of the sudden death from cancer of core band member Clare Amory which scattered the wandering band members across their home continent to New York, Los Angeles and New Mexico. In 2012 the band managed to reconvene for a lengthy and successful European tour and also install themselves at blastfirstpetite's invitation in Studio Faust in alchemical Prague to record the basis of this all new album. The album sees an audio enhanced continuation of Excepter's trademark creepy-crawled odd leg disco, layered with LaLa's cosmic sighs and Fell Ryan's atonal lysergical lyric-poem chants. It also includes the likely to be "marmite moment" - Excepter's cover of Tim Buckley's "Song To The Siren" which is perhaps best made famous by This Mortal Coil's 1980's sweet moonlit version. Here Excepter deliver instead, a pain warped invocation to their lost limb. The 500 limited edition double vinyl presents the complete album but with the addition of a second disc dedicated to the memory of Clare Amory; featuring the 7 minute dark disco warning siren of Excepter's Nathan Corbin's instrumental "Destroy" on the A side, and a hand drawn John Fell Ryan "cabalistic vision of the universe through love and loss" engraving on the B side. Divine the spinning magick - the embracing of loss becomes a release.