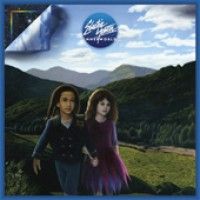 In a click-bait driven music scene, it's rare to find an album that stands the test of time, but Toronto-based synth duo ELECTRIC YOUTH may have managed that rare feat with their spectral, stunning debut album "Innerworld". With their swooning collaboration with COLLEGE, "A Real Hero", featured in Nicolas Winding Refn's universally acclaimed neo-noir Drive, a place in the history books is arguably already theirs. After cracking the Top 10 of the iTunes dance charts in 15 countries, Austin Garrick, the band's instrumentalist alongside vocalist Bronwyn Griffin stepped back from the limelight to take their time to work on a full-length. Recording took place between the duo's Toronto studio and their home studio in LA. Each space served its different purpose - in Toronto Austin was able to make use of his extensive vintage synth collection, making up what he estimates is 80% of analogue sounds on the album. In LA meanwhile, the pair recorded Bronwyn's vocals, of which they share writing duties for - in their space - which includes a film projection room. Fritz Lang's boundary-breaking twenties classic Metropolis was a favourite. It's easy to see how the vast scope of Lang's movie inspired the wide-eyed vistas of Innerworld, where soundscapes bleed into vocals and songs take you on journeys into roads unexplored. The artwork for Innerworld is similarly starry-eyed, with British artist Paul Roberts painting Austin and Bronwyn as intrepid children for the cover. "He was in a group called Sniff 'n' the Tears who had a big hit in the 70s with their song "Drivers Seat", which we came to know through its use in Boogie Nights. We loved his album covers which he would paint and from there we discovered he went on to incredible work as an artist" says Austin. "The initial intention was for it to be more about the landscape, but we liked it and it did make sense to us, going back to the concept of Innerworld? Bronwyn and I have known each other since we were 10 years old and a lot of the time we're still the same kids in our mind, in our inner world. And so for us you could say, in our inner world that's what we look like - those two kids." With their music's unquenchable sense of wonder, perhaps they're not too far from those kids today. "David Lynch never wants to define the meanings of his films," says Austin. "Similarly, we don't like to get too specific about the meaning of our music." When it sounds this good, who needs to put their music into a box? Let their inner world wash over you.

A Certain Ratio
Good Together (2lp)

Loud
Amy's Gonna Get You