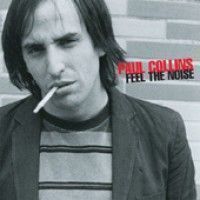 Yeah , it's a concept man. Rock n' roll... remember that? Well I do, like it was yesterday. Standing on the corner of Hollywood & Vine in LA or on Columbus & Broadway in front of Aquarius Records in North Beach San Francisco circa 1975... Thinking that all I wanted to do is rock out, so sick of everything I was hearing on the radio, all those bands seemed to suck to me, I couldn't understand what happened to the real rock n roll that I grew up on. Where did it go ? Where were the balls? Where were the guts? Where were the songs that blew my mind, the guitar licks, the harmonies... what happened? For too many years after that all I heard was the same old thing... "rock n roll is dead". Every time I heard it, it made me mad, it made me think... yeah... FUCK YOU! Then I heard the Ramones, and things got better for a while, and then it got bad again. Then I heard Nirvana and things got better again for a while, then they got bad again, but at that point I didn't really care anymore because I knew that Rock N Roll was never gonna die... you know why? Because there will always be a new generation of kids who will dig this shit as much as I do... Feel The Noise! Remember kids, the future is in your hands! Keep on Rocking! - Paul Collins