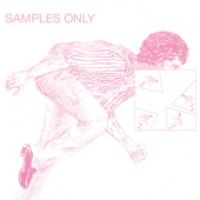 Here we go again with another Italian masterpiece, a sought after compilation of the early eighties highlighting all the potential of the north-eastern post-punk scene. Starring Ruins, European Stage, Kitsch Putsch, R.A.R.A. and Art Dèco, the amples Only' is your kind of compilation if you're aware of the development of the new romantic and synth wave scene.It all happened back in the day near Venice, the beautiful lagoon city. These guys were fascinated with the whole new wave phenomena, the radio was pumping in their single rooms and they knew the times they were changin'. They were pretty young - mostly in their twenties - and any influence came from abroad. Rock, beat, electronic, punk and even white funk (did anyone say A Certain Ratio?), all together, as a stream of consciousness, and anything that was printed on vinyl was so fascinating. There was a leading TV broadcast at the time, Mr. Fantasy - directed by an influential journalist/DJ named Carlo Massarini - and everyone interested in post-punk and art pop was watching it, including the main characters in amples Only'. They were spending all of their small wages on import records, duplicating them on the (in)famous C90 cassette. They were dreaming of CBGB'S in New York or the Blitz Club in London, but sure the Italian clubs were not afraid of the competition. Tenax in Florence, Plastic in Milan and even the Shindy and Memorabilia in the vast north-east area. Samples Only' was a postcard from those days, a shining document available again for your pleasure!Includes two tracks from the group Art Deco, which are exclusive to this new re-issue. Track list:Side A:A1 Ruins - Short Wave A2 Ruins - Restless House A3 Ruins - Elegant Shout A4 European Stage - Subterranean Wait A5 Kitsch Putsch - Holidays FuturismeSide B:B1 Kitsch Putsch - Sentimental Life B2 Rara - Wideness B3 Rara - Haute Couture B4 Rara - Ethics B5 Art Deco - European Crime B6 Art Deco - The Fake Of Loving

Various
Blues With A Rhythm Vol.3

Sfma
Step Into The Sun