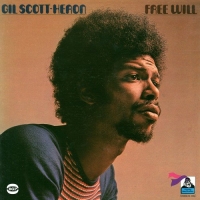 A reissue of Gil Scott-Herons 1972 album taken from the original master tapes and additionally featuring alternate takes of all but one of the album tracks as bonus material. It is released in a digipak with in-depth notes.The album is special as one side consists of songs - all but one written with Brian Jackson - and the flipside is of poetry. Both forms showcase the political and the personal, in a way where even the time-specific lyrics transcend their era.Gil and Brian are backed an all-star band consisting of Bernard Purdie, Gerry Jemmott, Hubert Laws and David Spinozza. These help bring out the pathos in the achingly sad Did You Hear What They Say - one of Gils finest pieces of writing.Gils final album for Flying Dutchman, it capped a hugely creative period for him when he wrote many of his best-remembered songs.

Scott, Gil-heron
Pieces Of A Man