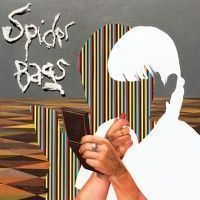 LP pressed to red translucent vinyl; coupon for full album download included Formed in 2005, Chapel Hill, North Carolina's Spider Bags were largely a revolving cast, with only Dan McGee (guitars, vocals) persevering through the various incarnations of the band. But during the 2011 recording of Shake My Head, the current lineup consisting of Steve Oliva (bass) and Rock Forbes (drums) was finally solidified. Building upon the foundation laid down by its predecessor, Frozen Letter rocks with the clairvoyance of three musicians who have spent a lot of time recording and touring together over the last few years. "When we started this record, we weren't even thinking about it being released. We just did it to have fun and keep moving forward," says Forbes. This approach allowed the band to push itself further out into the psychedelic frontier than ever before, aided by engineer/producer Wesley Wolfe. Recorded mostly live over the course of a few days, there's an exhilarating urgency to the record, as heard in riff-driven rockers like "Back With You Again in the World" and "Chem Trails." The band brings the tempo down a notch for "Coffin Car," which finds them mining an ominous morbidity over one of their prettier chord patterns. "We Got Problems" comes on like a true acid trip, alternating between utter terror and unfettered joy. Featuring a heavy and repetitive pattern, a slew of effected guitars, and searing guest leads from Superchunk's Mac McCaughan, the song encapsulates an entire Spider Bags epoch in under six minutes. Frozen Letter is the band's fourth full-length record overall and first for Merge Records.

Brix & The Extricated
Damned For Eterny