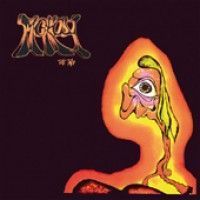 In 2013 we released the celebrated "A New Light Shines" by McKay, an album comprised of unreleased recordings by this master of rural psychedelic sounds. "Into You (Take Two)" includes previously unreleased tracks recorded in 1975-79 by the same cast of musicians who recorded "Into You", the legendary first McKay private album. Laid-back, rural psychedelic rock with dreamy Neil Young-Beatlesque vocal harmonies, raw fuzzed-out guitars and druggy atmosphere. Certainly the most psychedelic sounding stuff McKay ever recorded! In 1995, the now defunct OR label put out "Into You (Take Two)" as a limited 300 copies vinyl pressing. After many years out of print, we present a new vinyl edition of this amazing album Master tape sound. Insert with liner notes and lyrics.

Farmyard
Back To Fronting