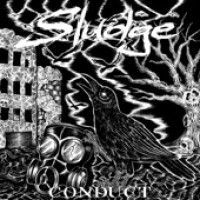 As you may already know most of the famous Japanese hardcore bands comes from the bigger city of Japan like Tokyo/Osaka/Nagoya but sometimes you can see there is a great band coming out from very countryside and this time SLUDGE is no exception. SLUDGE comes from Kinan/Wakayama Southwest Japan and it is always fascinating to see such an impressive band coming out from the rural and remote area. After several years of unknown activities the band released an demo cd-r and sold it at only few record shops which was the start of everything. Every people who happen to get the demo was blown away. Crust war had a chance to meet the members one day and asked if they wanted to release something and now this is the result. 10 tracks of total anarchic rawness and destructive mayhem played in traditional Japanese metalcore punk style with slightly crust and metal punk touch. Fans of GISM,ZOUO,later GHOUL, EFFIGY, DEMOLITION, TETSU- ARREY, G.A.T.E.S shouldn't miss this!?

Deafness By Noise
A Long Way Down