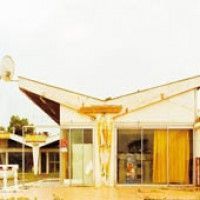 140 gr vinyl + downloadcode! After 10 years of having spent their precious time in some sort of ailing band and almost four years since they have released their debut album, the Golden Helmets are back on track and about to bring out their brand new second album. Once again, they are impressively ploughing through the vast field of music, marvelous and coercing. A 14-songs long-playing record combines everything. Garage, punk, rock, soul, mediocrity. The driving force of an old farfisian guitar sound in connection with a slightly scratchy voice and a hand full of cozy boom. But: this is no music for sunday afternoons! It is rather something you heat up with on a saturday night before going out and letting it all hang out. Less silence, more action! This record is made by the party-approved for the party-approved. Made by the Golden Helmets for you all out there. We are the people! Due to foreseen as well as unforeseen circumstances, the Golden Helmets had not been able to record this album earlier. But who would be surprised? For these stunning fellas are well known for their breath-taking live shows everybody wants to attend. And they had to meet the crowd's demands over the last couple of years. Fuck yeah! They have shared stages with and supported shows for bands like New Bomb Turks, Jay Reatard, The Sonics, King Khan and his Sensational Shrines, etc. Furthermore have they completed five tours throughout France, Spain, Switzerland, Germany, Italy and elsewhere. Having outgrown the mystery of hipsterism, the Golden Helmets show on their new self-titled record how dynamic and raw ordinary music can be. Rough and powerful. At an age when one loses his hair and obesity kicks in this is no implicitness. It is real dedication towards what they like the most. The new album can be described as this: It is definitely rich in varieties. No simple square pulse nor bluntness. There are also passages which ease up a little. This is a plain consequence of the natural aging process. However, their music cannot be just filed under a certain term such as neo-garage, punk, stadium rock, pure soul, or something else.None of these fit. It is simply the Golden Helmets and a consequence of their dissolute lifestyle. Nothing else. But exactly this rascalship can be heard on their new album. At least.