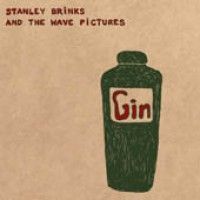 Stanley Brinks is joined by The Wave Pictures for their third album together; their first since 2010s Another One Just Like That. Recorded entirely live in the studio, without headphones or overdubs, and with a good deal of improvisation, Gin is a modern-sounding, in a way avant-garde, old school recording of text-driven songs. The Wave Pictures didn't get a chance to learn the songs before the session, Stan having forgotten to put a stamp on the demo tape he'd sent them from Berlin. To anyone familiar with Stanley Brinks' huge discography - more than 100 albums - Gin might sound considerably more raw and less sophisticated than some of his previous recordings. However this body of work remains rich in jazzy sounds and original structures, the songs looser and full of playfulness, the lyrics encapsulating their essence. And it goes without saying that Gin - the drink - was the inspiration for the album; while writing, and while recording.

Johnson, Josiah
Every Feeling On A Loop (2lp)