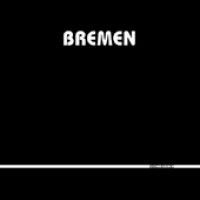 Mind-shattering double LP of dysphoric space-rock minimalism from two luminaries of the Swedish punk underground. Second Launch follows Bremens self-titled debut of 2013 and comprises 11 controlled improvisations, reinforced with overdubs, that take clear inspiration from the dark side of kraut and progressive rock, early electronic and drone music, whilst also owing something to the fathomlessly bleak interior landscapes conjured by Nico/Cale on The Marble Index and Desertshore. The complex dialogue between Lanchy Orres guitar and Jonas Tiljanders organ, by turns pensive and combative, bound up with their mastery of reverb and feedback, is the focal point of the record; supplemented with drums and sparingly deployed analogue synthesizer tones to evoke nothing less than the vast emptiness of outer space and the obliteration of all meaning and identity in the face of it. From the full-throttle motorik and bonehead repetitions of Sweepers and Entering Phase Two (echoes of Tiljander and Orres alma mater, Brainbombs) to the deep astral psychedelia of Static Interferences, via the mournful Northern European ambience of Walking The Skies, the rolling thunder of They Were Drifting and the poignant, stargazing blues of Hollow Wave, Second Launch charts impossible gradients in its search for answers to the oldest questions of all.

Mamuthones
Fear On The Corner