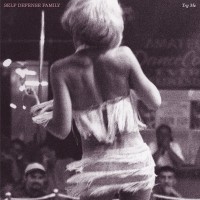 Your favorite band's favorite band, Self Defense Family enjoys a distinct renown within the punk community. Well-respected and critically lauded but difficult and idiosyncratic, the band has done things their way almost to a fault. Eschewing sing-alongs and easy anthems in favor of personal lyrics, they stand apart from their contemporaries in punk and hardcore. Their strangely tense guitar-work framed within otherwise hook laden songs lends the band an unmistakable sound. Opting to be heavy in emotion rather than heavy in sound. Led by vocalist, lyricist, and personality Patrick Kindlon, Self Defense Family have extended their branches to organically include touring and session musicians. Allowing them to evolve into a musical collective with more than ten active members at any given time. Interestingly enough, no member of the assemblage has played every show or played on every recording by the collective.

Mercury Rev
The Light In You