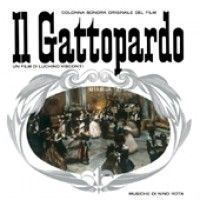 The Nino Rota soundtrack for Visconti's masterpiece adds immeasurably to that film's grandeur. The music is very classical in style almost as though it was written at the time of the film, Sicily 1860; memorable and incomparable is the closing sequence, when Burt Lancaster's Prince Fabrizio recognizes that his way of life is passing before his eyes. Limited edition of 500 copies.

Barry, John
From Russia With Love