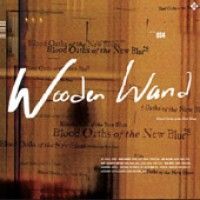 Following the critically acclaimed Blood Oaths of the New Blues, James Jackson Toth a.k.a Wooden Wand decided to try something different: instead of spending a week in a studio with the same people, the same engineer, the same equipment and the same state of mind, he would record in fits and starts, whenever - and wherever - he felt like it. Over six sessions in four studios spanning three states, he began amassing tracks. Toth then chose his favourites for Farmer's Corner, which is, remarkably, the very first self-produced Wooden Wand album. Aided on the majority of the tracks by bassist Darin Gray (On Fillmore, Jim O'Rourke, Grand Ulena ), and guitarists William Tyler (Lambchop, Silver Jews, Yo La Tengo) and Doc Feldman. The result reflects Toth's omnivorous musical and narrative obsessions. The arrangements - think Little Feat covering Harvest Moon - only serve to highlight his capabilities as both a songwriter and storyteller. The collected songs form an easy entry into the ever-growing Toth output, where outlaws on the run, epic landscapes, endless travels, agitated insomniacs and ditch-digging memory-evaders lurk behind every turn. "this is the sound of one musician's prolific and mercurial path, reaching delightful new highs." Pitchfork 7.9

Reds, Pinks And Purples
You Might Be Happy Someday