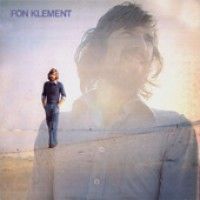 We are proud to present the first ever vinyl reissues of Dutch singer-songwriter Fon Klement, starting with their two BASF albums from 1973 and 1974, which will undoubtedly be the discovery of the year for anyone into the likes of Nick Drake, Nick Garrie, Duncan Brown or even Sixto Rodriguez.Originally released in BASF in 1974, the Wah Wah reissue will come housed in a quality glossy laminated gatefold sleeve reproducing the original artwork, remastered sound, and featuring an insert with photos and liner notes. Limited edition of only 500 copies.

Klement, Fon
I Feel Lonely In My Town