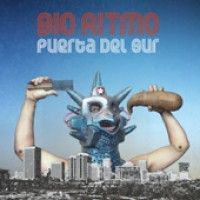 Based out of Richmond, Virginia, Bio Ritmo started in 1991 as an experimental percussion ensemble which soon decided to expand its instrumentation, thus creating a fully-fledged salsa orchestra.The members of Bio Ritmo represent a new generation of 'salseros' and are recognized around the globe for their innovative songwriting and for pioneering the 'indie' salsa movement. This movement aspires to not only preserve the roots of salsa but to contribute to the evolution of the music by incorporating new sounds, rhythms and influences from around the world.Over the last 23 years, the ten-member Bio Ritmo has performed throughout the US, Puerto Rico, Canada andEurope. They have independently released 10 albums and have been featured on several compilation albums.Their albums have been featured in the iTunes top ten best Tropical albums of the year and recent publications such as Wax Poetics, Latin Beat Magazine and Spain's Enlace Funk magazine have spotlighted Bio Ritmo, further strengthening the band's reputation as one of the most original and forward thinking bands in the modern salsa music movement.TRACKLIST1. SE LES OLVIDO2. LA VIA3. PICARESCA4. PERDIDO5. MOTOCILENGUAINA6. PAJARO PIO PIO7. LE DICEN DOLOR8. CODE