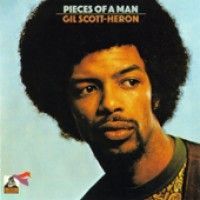 LIMITED EDITION 180g VINYL / GATEFOLD SLEEVEA reissue of Gil Scott-Herons 1972 album taken from the original master tapes. The album features many of Gils most important early songs including Home Is Where The Hatred Is, Lady Day & John Coltrane and The Revolution Will Not Be Televised. Backed by some of New Yorks finest session musicians including Bernard Purdie, Hubert Laws and Ron Carter, it is one of the great albums of black American music.The lead song The Revolution Will Not Be Televised resonates down through the decades and has recently been featured on the soundtrack to the Nelson Mandela biopic Mandela: Long Walk To Freedom. 2014 will see it become part of the Grammy Hall Of Fame.