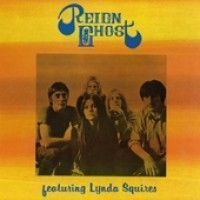 In late 1969, legendary Canadian psych band Reign Ghost recorded their second album, released the following year just when the band had ceased to exist and some of their members had formed prog/psych band Christmas. This is a fine example of West Coast styled psych-rock with reverberating / fuzz-wah guitar and male-female vocal harmonies, including absolute psych classics like the monster 9 minute long "Enola Gay" One of the rarest and most expensive Canadian psych albums ever, officially reissued on vinyl for the first time. Newly remastered sound from the original tapes. Fold-out insert with rare photos, memorabilia and detailed liner notes by band member Bob Bryden. ".The second half of the album manages to invoke a bit of the Airplane-like energy from their debut, including some devastating fuzz leads" Patrick Lundborg (Acid Archives)