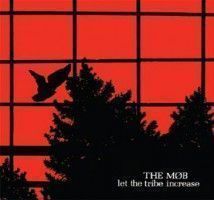 Back in stock!!!In many ways The Mob were the archetypal anarcho punk band. Formed in Yeovil, Somerset in 1979 the band soon spent their time permanently on the road in a convoy of trucks before squatting in Brougham Road, Hackney a street of houses that accommodated many punk and counter-culture types. Until their demise in 1983 they remained an integral part and a huge influence on the anarcho, traveller and free festival scenes. Let The Tribe Increase includes the full album, both tracks from the Mirror Breaks 7 and a previously unheard demo version of Stay, all professionally remastered Gatefold cover with detailed sleeve by Kill your Pet Puppy editor Alistair Livingston Long deleted on vinyl The Mob remain one of the most respected of the original anarcho punk bands The album remains an undisputed classic of its genre.