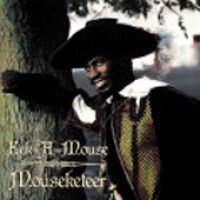 Classic set from Eek-A-Mouse produced by Henry 'Junjo' Lawes, including top tunes like 'Anarexol', 'Star, Daily News or Gleaner', 'Queen Elizabeth' etc. Originally released in 1984 this vinyl has been out of print for long time - here is the 21st century re-pressing. Recorded with the Roots Radics Band and mixed at Channel One with Soldgie at the controls. Splendid artwork by Tony McDermott.

Eek-a-mouse
The Mouse And The Man

Spice, Richie
Together We Stand