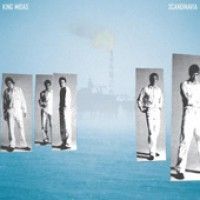 Reissue of Norwegian 90s cult classic! King Midas are an Oslo-based band who have been projecting their own special brand of electronic artpop since the nineties. Their second album, Scandinavia from 1999, is a true masterpiece, a cult album for the initiated. Fourteen years on, Fysisk Format reissues the album vinyl including an 8 page fanzine with download code. Combining inspiration from German minimal techno with author Christopher Isherwood and Donald Duck , this is an album with unexpected and sudden changes in its musical palette. At times it comes through more like a bizarre art installation than a traditional pop LP. Still, it also captures the band at their most melodic, echoing the subversive pop strategies of early Roxy Music & Ultravox and updating it to the late-90s peculiarities of radio cut-ups, lounge-jazz snippets and dub-heavy bass.

Depeche Mode
Gone To The Usa

Archers Of Loaf
All The Nations Airports (deluxe Edition)