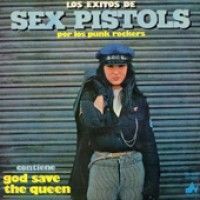 Bootleg edition for one of the most weird, rare and strange records ever!!! Can you imagine a Spanish band singing in bad English, playing all covers from Sex Pistols? That it is!!! Originally released in 1978 by Nevada Records, "Los éxitos de los Sex Pistols" by The Punk Rockers is a cover album played by some Spanish bizarre band that someone says included some Asfalto's members.Here you can listen all the mighty "Never mind the bollocks" record but covered by this crazy band. An absolutely weird thing as you will discover, try this for sure!!!