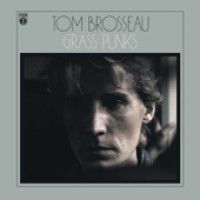 Brosseau's first solo release in 5 years and his 7th studio album to date. Themes of the album include emptiness of a false dream, loyalty, betrayal and perseverance. More about Grass Punks and Tom BrosseauTom Brosseau is a folksinger and songwriter from North Dakota. He comes from a working family with a musical background, though none have received formal training. His grandmother Lillian Uglem taught him the acoustic guitar while he was in grade school. He currently resides in Los Angeles, California. He has toured Japan, Canada, Portugal, Iceland, Australia; performed in bars, backyards, grand halls, subways, theaters, old folks homes; exchanged songs and poetry with many talented folks, including Susan Orlean, Ramblin' Jack Elliott, Patrick Marber, Bonnie Raitt and the late Sam Hinton.

Samuels, Johanna
Have A Good One