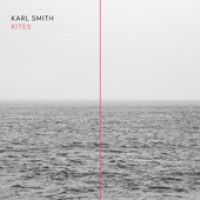 Deluxe Heavyweight Vinyl LP with MP3 Download (Limited to 500). 30 years after strumming his first guitar on the steps of his childhood home in Bangladesh, Karl Smith, the voice and songwriter of Sodastream, is set to release his debut solo album, Kites. Recorded and mixed in Karls basement studio while preparing for fatherhood, Kites captures the heady excitement, nervous energy and intermittent panic of the time. Kicking things off with lead single - I Want You, a wonky little ode to love in the modern world, Karl will be showcasing songs on stages, radio stations and work computers across the country over the coming months. Born in New Zealand, raised in Bangladesh and schooled in India, Karl ended up in Perth where he began playing music. After garnering a swag of WAMI awards and JJJ airplay with local outfit, Thermos Cardy, the band unexpectedly split. Soon after, Karl formed Sodastream and moved to Melbourne. Following the release of their second EP, they toured Europe on the back of support from eminent UK DJ, John Peel and subsequently signed with Tugboat Records / Rough Trade. Fast forward a few years and now, with 12 albums in the bag and countless tours through Europe, USA, Japan and Australia under his belt, Karl Smiths debut record, Kites, feels like both lucky 13 and number one.