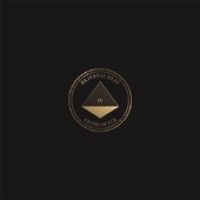 LP + MP3. "Prominence" is the 2nd full length in as many years from Texas transplant John Pena. It was recorded/mixed in the same apartment (after a failed attempt to mix in a "real" studio) as last years "Talent" over the first few months of 2013 after shelving a full length's worth of songs for not being sonically or emotionally interesting enough. Using Primitive Radio God's "Standing Outside A Broken Telephone Booth With Money In My Hand" as a sonic touch point John built a new album from the ground up utilizing chopped/sampled drum breaks and, for the first time, some non laptop based keyed instruments(piano, mellotron) along with H.B. main stays classical guitar and steel drums. Live member Christian Barsi and Daniel Schlett of Strange Weather Studio both contributed keys to a few songs but the outcome is still a very solo sounding project. Arrangements is where "Prominence" shines. Managing to sound inventive and not quite like anything else with such a limited palette is a rare and commendable feat. From the slide guitar and pulsing nylon string samples of "Honest" to the flamingo call and deep kick combo of the 2nd half of "Complete" Heavenly Beat keeps the whole affair sounding fresh, interesting and natural. Lyrically, "Prominence" is not an escapist affair. It's a very direct look into someone dealing with poor body image(Thin), infidelity(Honest) and emotional/physical/sexual recklessness (Prominence). It's not asking or answering any questions. Just existing within itself.

School, The
Wasting Away And Wondering (cd Digipack)