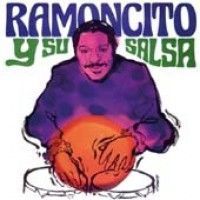 Limited edition of 300 copies only!Ramon Prez B., Ramoncito, was born in La Habana, Cuba, where along with dancers Alejandra del Rio, her sister Manuela Sandra and cousins Miriam and Reglita (artistically known as Las Mulatas del Caribe) and some local musicians formed a troupe that would soon be performing in dance venues through Panama, Ecuador, Peru, Chile, Argentina and Brazil. It was in Brazil were Spanish showbiz impresario Matas Coslada signed them and brought the troupe to Spain. Ramoncito is recognized as one of the introducers of caribbean rhythms in Spain, and since the very early sixties he has been a regular at the hottest nightclubs of the country. He established his residency in Barcelona, where through local label Discophon he released five splendid 45s that where compiled as an LP in 1978. Reissued here for the first time, Ramoncito's 1978 album is a compendium of the hottest and best latin rhythms ever recorded in Europe, placing it up there with the best releases of legend labels such as Tico, Seeco or Fania, sharing influences and repertoire with the likes of Ismael Rivera / Cortijo y su Combo, Hector Lavoe, Hector Rivera, Willie Coln, Ray Barreto, Johnny Pacheco, a.o.