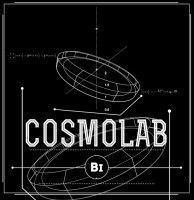 [ENG]COSMOLAB is the new aka name of Luis Carlos Esteban, historical character of the Electronic Pop landscape of Madrid who has been playing synthesizers since 1982 in mythical bands like Tino Casal or Olé-Olé. For 20 years he has been a producer and programmer of many of the great artists of the Electronic Pop of Spain and Latin American scene . From outsider artists like "Astrud", "Chico y Chica", "Ellos" to megastars like "Thalia", they have passed through their hands of producer and synth programmer, also Méxican electronics embryonic groups like "Primer Nivel" or "La Siguiente Página", that today are the story of the music of that country. He has the best Synthesizer collection of Spain with iconic pieces like Buchla, VCS3, CS80, 2600, etc,etc... Artist of contrasts, and very interested in the pursuit of quality of sound textures, he worked several years as a sound engineer of the "Reina Sofía Chamber Orchestra" and is professor of the electronic music and modular synthesis in Fundación Autor.COSMOLAB is a new mystic project, in a synthetic textural ambiences flow between the noise and the harmony, created with analogue synths and without computers. Is the man trying to clean up the kaos and at the the end getting It briefly shows...is a dark and wet ambience against the real noise that invades our little "me" lost.Improvisation is the main maximum in the construction of his musical material."BI" is the perfect music for look inside and the stars at the same time. The "Bi" concept in this album speaks about of the polarity as a jail in the human , the Self and the Other, woman-man, truth-lie, internal-external ...... but only the One, the unit is not subject to time and space .... us free. [END]