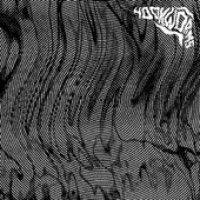 Re-Press!!!Best price! The debut vinyl release of Leeds' Hookworms. The Hookworms 12" features 4 songs, clocks in at around 27 minutes, and is limited to 500 copies. The release was previously only available on tape via Sun Araw's Sun Ark label and that sold out in a matter of weeks. Hookworms formed in late 2009 at a time when most of the groups members were also playing together in a snappy punk group. The punk and garage background is important, because it has a lot to do with the energy that makes Hookworms so noticeable. Many groups think they can make good on psych-rock by just wigging out to their own ends, during interminable jam sessions that only come to a halt when someone decides "Thats long enough." Most of Hookworms songs are around the six minute mark, which isnt long at all, and each one is constantly doing something. The singer and keyboard player delivers his vocals like The Gun Clubs Jeffery Lee Pierce on Fire of Love - frantic and impassioned. The guitars colour in and around the lines, informed just as much by Flippers Ted Falconi as Sister Ray. Bass grooves lead the way, sage in their wisdom over which path to take. This is tidy stuff, a purposeful and fully conscious journey into the realms of Zoss. Its also a journey taking place on increasingly large stages, where theyre just as confident at filling the sonic space as at the small venues where they started out. "Hookworms fling themselves headlong into classic 80s/90s psych-rock like theyre trying to break something.