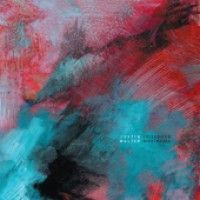 Though the album title Lullabies and Nightmares suggests music thematically rooted in sleep, the debut full-length from Brooklyn-based/Michigan-bred trumpet player and composer Justin Walter owes more to a sense of emerging. After years of touring, random gigs and session work as a gifted player, Walter emerged with a sound that rendered all of that almost inconsequential. Spending a couple years intensively exploring the EVI, or Electronic Valve Instrument, a 1980's synthesizer/horn hybrid, he eventually worked out webs of bubbling loops made on the instrument, processed trumpet and fragmented electronics. Following a few low-key cassette releases and solo loft performances, Walter took the project into the studio, working with Erik Hall and drummer Quinn Kirchner to create a more controlled statement. Building on the loops and textures of the EVI, the album incorporates phasing patterns, the occasional motoric churn of dubbed out drums and considerate passages of trumpet improvisation, calling on Walter's years of experience as an improviser. Longer pieces are bridged by truncated interludes, wandering between modes that are by turns spooky, restless and sublime. * The nightmares are there, with dissonance and panic on the heels of redemption in almost every song, but they're there only to be awoken from. The lullabies pass by quickly, too. The album moves naturally through its meditative cycles in a constant state of emergence." - Fred Thomas