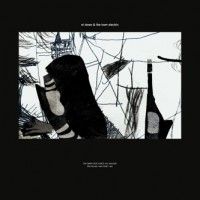 New Price!!!Debut album from "young veterans" of the Norwegian heavy and progressive scenes, fronted by singer, guitarist, writer and producer Ole Petter Andreassen. This is classic, heavy, guitardriven and melodic progressive rock, the playing and production being top notch with a natural mix of solid riffs, intricate instrumental passages and great hooks. The core of the band, apart from Andreassen, is Hedvig Mollestad on guitar and Hammond organ and brothers Brynjar and Haavard Takle Ohr from El Cuero on lead guitar and drums respectively. Guests include Nikolai Hængsle Eilertsen from Elephant9 on bass, Ståle Storlokken from Elephant9 and Supersilent on Hammond, Mikael Lindquist on Hammond and Mellotron and veteran Jon Eberson on guitar. Jazz guitarist Eberson, now 60 and more vital than ever, arrived at the studio, insisted on not hearing any music, plugged in, burned his way through "It's Electric" and "The Hook" and was home in time for an early dinner. Eilertsen and Storlokken is widely reckognised to be two of Norway's top instrumentalists in any category and Håvard Takle Ohr is probably the best rock drummer in the country at the moment, to watch him live is a revelation. All the material is written by Andreassen, with some help on four of the tracks. He has been involved in around 20 albums and most notably been a member of Thulsa Doom and The Cumshots but this is the first album where he is in total control. He is also owner of Caliban Studio, home to many great sounding Norwegian albums. He has been nominated for four Norwegian Grammys and won two.