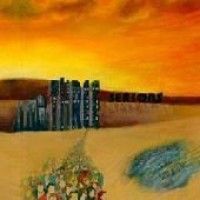 Limited edition 200x 180 gr black vinyls. Housed in nice gatefold 350gms carton sleeve. After a very successful debut album and a largely appreciated 7-incher, here's THREE SEASONS's second album! The album is a twisting and turning mixture going to many different places while at the same time never leaving the sound of Three Seasons - the grooving, hard-hitting drumming and dynamic bass married with characteristic lead vocals and a most wicked guitar sound. It's a strong foundation of an original band, who clearly have developed and found their sound! Here you'll find folky grooves, Hendrixian guitar leads, rock-solid riffing, and more still... These Swedes deliver yet another amazing release you'll have to get your hands on ASAP! An essential record for anyone into LED ZEPPELIN, JIMI HENDRIX, DEEP PURPLE, THE DOORS or bands similar

Windy & Carl
We Will Always Be (2xlp)