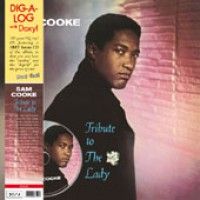 The first ever vinyl reissue of Tribute To The Lady, Sam Cooke's tribute to the great Billie Holiday! This LP, originally released in 1959, features 11 songs famously recorded by Lady Day during the course of her brilliant career. When asked why he wanted to do this album, Cooke simply replied, "She was, and still is, the greatest that ever lived for my money," no small praise from a man who himself ruled the charts with over 30 Top 40 hits from 1957 until his death at age 33 in 1964.

Korner, Alexis
R&b From The Marquee