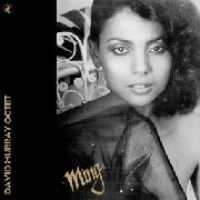 A key work in Murray's discography and his debut as leader of this historic octet. A great ensemble featuring some of the most important voices in avant-garde jazz. George Lewis, Henry Threadgill, Olu Dara, Butch Morris, Anthony Davis, Wilber Morris and Steve McCall. Produced at the turn of the decade between the seventies and the eighties, "Ming" displays a dense and mature repertoire, clear arrangements, and a series of literally breathtaking performances!