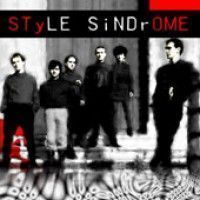 Style Sindrome began to play in Rome in 1980, inspired by the new wave and post-punk music scene pioneered in the United Kingdom by such giants as Joy Division, The Cure and Siouxsie and the Banshees. Anna and Stefano came from TM Spa, a rock band that had been among the winner of the First Italian Rock Festival in 1980, whereas Giorgio had been part of Electroshock, a well known Italian rock band in the late '70s. When Massimo and Raimondo joined in, the band emerged with the final line-up. The music of Style Syndrome is characterized by an unconventional and well-balanced mixture of dark sensibility and psychedelia, as well as an evocative alchemy of sounds which creates a rarefied atmosphere. The band self-produced a couple of demo tapes in the years '81 and 82. In 1982 RAI produced a videoclip featuring Style Sindrome for the show "Mister Fantasy".Later on in the same year, Style Sindrome participated with the track "Waving in the dark" to the compilation "Gathered", edited by Rockerilla and released by Electric Eye Record.The album "Gathered", re-issued on CD by Spittle Records in 2007, was listed in 2012 by the Italian Rolling Stone Magazine, among the 100 most beautiful Italian records ever. "A mysterious design" collects 7 original tracks from the bands two self-produced demo tapes recorded in Rome in the years '81 and '82, which had largely remained unreleased and gone lost over the years. This invaluable release offers to fans a most rare pearl in the treasure chest of independent Italian music of the early 80s.