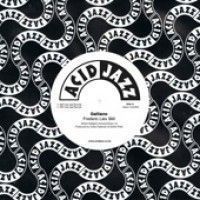 Acid Jazz Silver Jubilee release, in 7" house bag. First ever 45 released on Acid Jazz Records (originally released as a fake US import, which fooled many a reviewer), marking the beginning of a new musical era. Galliano's sound defined the feel of the time, and the band enjoyed a productive relationship with producer Chris Bangs throughout the late 80s and early 90s, establishing themselves as first-class act of global proportions. Side A 1.Frederic Lies Still Side B 1.Let The Good Times Roll (The Quiet Boys feat. Galliano)

Charmaines
I Idolize You! Fraternity Recordings 1960-64