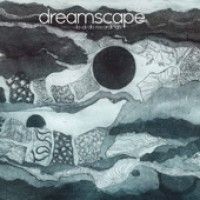 Bristol-based Dreamscape only left listeners with a seven-inch and a four-song EP by the time they called it quits in the early '90s, but what a beautiful corpse the dreamy shoegazers left. Almost 20 years after their implosion, Kranky Records has unearthed some unreleased recordings for a new collection called La-Di-Da Recordings.While skipping out on 1990's "Blackflower" / "Evergreen" single, the compendium does contain 1992's Cradle EP. The first four songs on La-Di-Da Recordings make up the previously unreleased Greater Than God EP, which was shelved back in 1993. Final track "No More But Thought," meanwhile, is the only surviving demo from an abandoned recording session prior to the band's breakup.The songs contained on the upcoming collection are described as "perfectly constructed pop vignettes, soaring, atmospheric confections that are wholly in tune with the current wave of shoegaze revivalists." For a taste of what that entails, you can listen to the track "Separate Sense" below. Throughout Dreamscape's brief existence, vocalist Rebecca Rawlings delivered softly sung musings atop luscious guitar textures and the steady pacing of an Alesis SR16 drum machine, appealing to fans of My Bloody Valentine and Cocteau Twins.Members Scott Purnell and Jamie Gingell continued on with the Sarah Records-signed Secret Shine following the folding of Dreamscape.

Monnone Alone
Summer Of The Mosquito