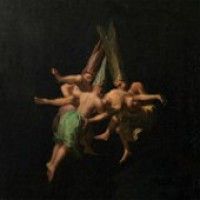 Ned Collette moved to Berlin from his native Melbourne two years ago. A well known and respected singer-songwriter in his own country and in underground circles worldwide, he has toured Europe previously with the likes of Joanna Newsom, Akron/Family, Bill Callahan and Nina Nastasia. His early musical output was based mostly in experimental music, before he gravitated towards more traditional song structures. His new album "2" (his fourth album but his first outside of Australia) will be released in August. It is a mix of experimental pop songwriting, musique concrete and dark folky soundscapes. His current solo shows are performed with voice, nylon string guitar and samples. While comparisons have been made to everything from Leonard Cohen to Ghostface Killah, Collette remains tricky to define but instantly identifiable.

Diaz, Madi
History Of A Feeling

Byrne, Julie
Not Even Happiness