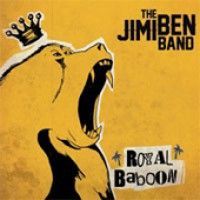 Debut single from French 3-piece electronic garage band, The Jimi Ben Band. Based in Lille, France. Mainly influenced by American Garage bands, 60s British Beat groups, Surf Music, Punk Rock and New Wave, these slackers like it rather cheesy, danceable and fun. The Jimi Ben Band started as a lo-fi garage trio. Since then, they have performed about 40 shows in France and Belgium and developed a degenerate style based on energy, coconut vocals and great amounts of reverb. They have made it quite clear that they wanted nothing but having girls dancing at gigs.

Model Rockets
Are Back