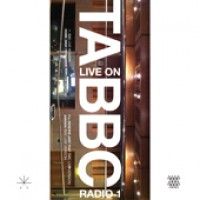 Since their inception, Touche Amore have been touring relentlessly, playing their brand of emotional hardcore/punk everywhere from dingy basements to sprawling arenas. While travelling in the UK in 2011, they were invited to record at the legendary BBC Studios for "The Punk Show" with host Mike Davies. There they worked with acclaimed engineer Simon Askew (Pulp, PJ Harvey, Foo Fighters) during a half day of recording. With a resume like that, you would think that Touche Amore would be presented here in a polished state, but the contrary is true. Here we experience four of their well knownanthems in their most stripped down, road worn state. All at goose-bump inducing, speaker blowing volume.TRACK LIST: 01. ~ (BBC Live Version) 02. Home Away From Here (BBC Live Version) 03. I'll Deserve Just That (BBC Live Version) 04. Amends (BBC Live Version)

Torch Runner
Committed To The Ground

Arkangel
Hope You Die By Overdose