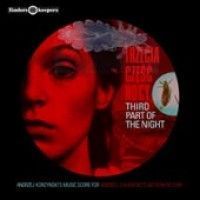 Quite simply one of the heaviest psych rock film soundtracks of all time Andrzej Korzynski's short and unreleased score matched the blueprint that adorned the drawing boards of conceptual French jazz orch rock composers like Jean-Claude Vannier, Francois De Roubaix and Alain Gourageur, creating a soundtrack that unknowingly begs comparison to Masahiko Satô's Belladonna Of Sadness and Billy Green's Stone. As one of the first progressive pop writers to come out of the vibrant (but carefully scrutinised) Polish beat scene with his bands Ricecar and later Arplife (and composing for national heroes such as Czeslaw Niemen, Niebiesko-Czarni and Test) Korzynski's growing passion for conceptual rock and jazz music soon lead to instrumental composition and soundtrack scores. His cinematic debuts scoring two consecutive transitional new wave films for Andrzej Wajda (in collaboration with the radical Polski pop groups Trubadurzy and Grupa ABC) also provided Korzynski with another significant cinematic muse in that of the stunning actress Malgorzata Braunek with whom they would both eventually achieve their finest performances under the direction of the ravenous first timer Zulawski. Third Part Of The Night (1971) perhaps epitomises that triangular on-screen unison in its vibrant youth and feeds it through a hallucinogenic mangle finding astonishing beauty (within a repulsive synopsis) against a bleak and shattered backdrop and accompanied by progressive, psychedelic orchestral rock music - elements which would intensify for all three creatives with the next film, Diabel, which was banned by the Polish government the following year until 1988.

Barry, John
From Russia With Love