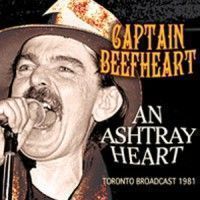 LEGENDARY BROADCAST FEATURES RARE RECORDINGS OF ABBA ZABA, ORANGE CLAW HAMMER AND MANY MORE The six bonus cuts here include both songs played during his 1980 Saturday Night Live appearance in November 1980, an ultra rare Orange Claw Hammer, recorded with Frank Zappa for a special radio show the two compiled and presented in 1975, plus three tracks going back to a 1971 broadcast, when he plays two tracks from the just released Lick My Decals Off Baby and one from its predecessor, the mighty Trout Mask Replica Running at over 75 minutes in total this LP represents the oft forgotten power and dynamics of Beefheart in concert, and reminds us all just what an extraordinary performer the man christened Don Van Vliet really was