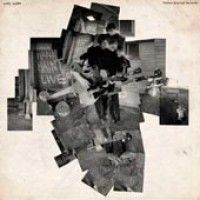 LONDON PISSED OFF PUNK ATTITUDE BLUES TRASH PSYCHADLIA ANTI-FOLK GARAGE HOOLIGAN. Leeds was where, in 2007, HANK HAINT started writing and playing as a ONE MAN BAND. Labelling Hank Haint a "one-man band" may be accurate, but it sure as hell doesn't do him justice. His uncompromising, NO-BULLSHIT APPROACH to making music is refreshingly simple, yet not without depth. His sound is meaty; the kind of meat that once you sink your teeth into, it's hard to tear loose from but nor do you want to. An OUTSIDER, a Typical Voodoo Rhythm Artist we would say a Man with skills and a Man who knows exactly what he wants. His 1st Album is on it's way.........to Conquer the World. Recorded at unorthodox TOE RAG STUDIOS with Sir Liam Watson and at DROPOUT STUDIOS with Tim Cedar of PART CHIMP,mixed by HANK HAINT himself and his friends. Mastered in switzerlands ECHOCHAMBER by Dan Suter. The sound of this record is in the realm of blues garage rock, comparisons to CAPTAIN BEEFHEART and SONIC YOUTH wouldn't be out of place. But whatever his influences, the music itself rings with sincerity, every song made and played with a middle finger held up to current trends. And that can only be a good thing There is NOT ONE SECOND OF FAKE ROCK STAR CRAP, this man sits in front of you and PLAYS his Music. The Album Starts with his SMASH KILLER: KEEP ON WALKING then over to GG ALLIN's DON'T TALK TO ME the best version EVER !!! he yells and screams super Distorted Raw Sick sometimes Accustic and mostly on his own compositions , at the end there is a cover by THE GORIES: Thunderbird ESQ ... THIS ist he Record all you LOST SOULS where waiting for , it'll Ruin any Party right away and to make your Parents wanna kick you out of Sweet Home for ever !!!