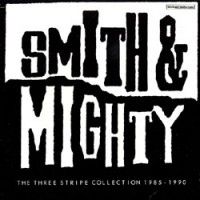 During the 1990s, "The Bristol Sound" became a global phenomenon with albums from Massive Attack, Portishead and Tricky regularly placed high in polls of the best albums of the decade or indeed of all time. But for those in the know, "The Bristol Sound" had been defined at the tail end of the eighties with a string of releases from the studio of Rob Smith and Ray Mighty.