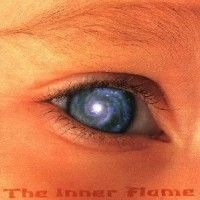 Fire Records are proud to be reissuing the complete works of Rainer Ptacek, the phenomenal and much beloved slide guitarist from Tucson, Arizona, who originated Giant Sand's sound from the band's inception, as well as creating many remarkable recordings as a solo artist and with his own band, Das Combo, before succumbing to brain cancer on November 12 1997. The reissues start with "The Inner Flame", a compilation of accomplished and remarkably diverse artists who were brought together to honour Rainer's inspirational work, featuring talents such as Robert Plant & Jimmy Page, Emmylou Harris, Evan Dando, PJ Harvey, Victoria Williams, Vic Chesnutt, Jonathan Richman, Madeleine Peyroux and of course Giant Sand. Originally released in 1997, the album was conceived as both a tribute and benefit album, with the proceeds going towards Ptacek's medical bills. Reissued now as a celebration of his remarkable life and extraordinary talent, extra tracks have been added by the likes of Lucinda Williams, Grandaddy, Chuck Prophet, John Wesley Harding and Calexico's Joey Burns & John Convertino. "We offer up this new version to pay tribute and celebrate the man, the likes of whom I've yet to ever encounter again, and allowing a glimpse now of what he had done here on the planet and to share that embrace for ever having known him at all." The best way here to sum up the man is perhaps by his own quote. Near the end, during his final interview, when asked the impossible question of what he thinks we are all doing here in this life, Rainer answered without hesitation: "to love away the pain".. Howe Gelb. Tracks : 1. Giant Sand & Rainer - The Inner Flame 2. Lucinda Williams - The Farm 3. Robert Plant & Jimmy Page - Rude World 4. Emmylou Harris - The Good Book 5. John Wesley Harding - Story Teller 6. Evan Dando - Rudy With A Flashlight 7. Victoria Williams & Mark Olson - Something's Gotta Be Done 8. Grandaddy - Junkpile 9. PJ Harvey, John Parish & Eric Drew Feldman - Losin' Ground 10. Chuck Prophet - Limit To It 11. Vic Chesnutt & Tina Chesnutt - Where's That At 12. Madeleine Peyroux - Life Is Fine 13. Robert Plant & Rainer - 21 Years 14. Chris Whitley - Powder Keg 15. Jonathan Richman - Broken Promises 16. Kris McKay - One Man Crusade 17. Howe Gelb - That's How Things Get Done 18. Rainer & Calexico - Be Prepared