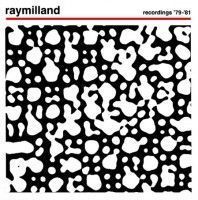 Raymilland was a post-punk group from St. Louis formed in 1978. Influenced by the NY no-wave bands and experimental UK bands of the time, Raymilland played only eight shows during their original tenure. They were slotted to open for Joy Division in Chicago, which never happened as a result of the death of Ian Curtis. The group released a couple of singles, but no official full lengths. Thirty years later, BDR records along with the band has developed this definitive collection. Limited to 500 copies.