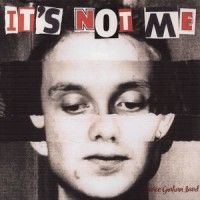 The mini album is not the band's first "proper" album, it's a concept album, a soundtrack to a film screening in the mind of the listener and in the grooves of the record. The album deals with questions and answers on love, life, sex and death. It concerns itself with the harsh brutality of life seen through the eyes of a man whose hedonistic incline leads him down a dark and twisted path of increasingly questionable morality and self -destruction. Featuring the swinging beats of live favourite and current single NO MONEY HONEY, alongside the band's successful debut single MURDER (play-listed on XFM, Q and NME this year), JGB fuse hip-hop, soul and reggae beats with the aggressive tones of lead singer and bass player Joe Jones' signature vocals, to create a mini-album to sate the hunger of their eager and always growing fan base and fulfil the buzz that has built around the band over the past year.