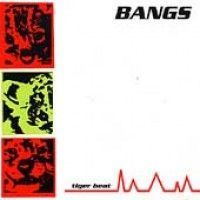 A female-led indie-punk trio from Olympia -- who perhaps not coincidentally have the exact same name a certain Los Angeles girl group from the early '80s used until they decided to lengthen it to the Bangles -- the Bangs are less noisy than ... Full DescriptionBratmobile and more rocking than Beat Happening, to compare them to their scene compadres (or less sweet than Cub and less subversively poppy than the Muffs, to expand the comparisons). The closest comparison is probably Sleater-Kinney, but the Bangs have a more visceral, aggressive sound that at times -- especially on the twin anthems "Burnout," and "Death by Guitar" -- recalls the metal-tinged punky pop of late-'80s Redd Kross and Pandoras records. The album's main flaw is Scott Swayze's ultra-muddy production, which, on songs like the bizarrely-titled "Lend Me Crumpets" moves well beyond lo-fi D.I.Y. into willful amateurishness. The songs, which have the urgency and bite-me attitude of the Olympia scene, deserve better than that.

Perkins, Tex - And The Dark Horses
Tunnel At The End Of The Light