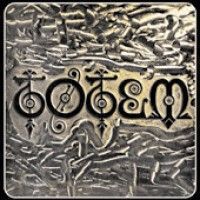 TOTEM was one of the most important mass phenomena in Uruguay's musical history. Formed in 1970 by the most internationally recognized Uruguayan musician in the latest 30 years, Rubén Rada, Totem meant the beginning and rise of Candombe-beat and one of the most solid pilars of rock in the Rio de La Plata. Candombe is an Afro-Uruguayan ryhtm style, existing only in Uruguay and based in the sound of three drums: "chico", "repique" and "piano". The combination of the rhythmic patterns played in each drum creates a polyrythm texture never-heard-of before in the world. The fate of Candombe is tightly fixed to the survival of the black community in Uruguay, and of their culture. In countries like Argentina, both black people and candombe have dissapeared. Rada has been a great preserver of black culture in Uruguay and has managed to integrate the values of that community into the cultural identity of Uruguay, through his music and lyrics. And here, we present you the essential first album that Totem released, with an extra song, "Mi Pueblo".TRACKLIST1. Dedos2. Chévere3. De Este Cielo Santo4. Días De Es0s5. Todos6. Biafra7. El Tábano8. Mañana9. No Me Molestes10. La Lluvia Cae Para Todos Igual11. Mi Bueblo (Bonus)