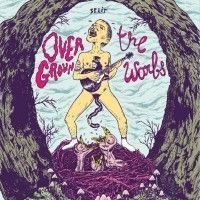 OVERGROWN is a Dutch punkrock band, consisting of 4 guys and hailing from Roosendaal.Started off in 2004 as a hardrock outt, but grew more into punkrock around 2007. From then on, the band started writing and playing live a lot. Even did some touring through Europe. They played in countries as The Netherlands, Belgium, England, Wales, Germany and France and shared stages with great names such as Peter Pan Speedrock, Zebrahead, The Exploited, Bloodlights, The Briggs, The Spades, The Apers, The Mochines and many others. In 2010, Overgrown's debut album "Hand Over The Scepter!" was released. Recorded and produced by Jochem Jacobs (Textures) of Split Second Sound Studios in Amsterdam. Sean Dhondt (Nailpin) did some guest vocals on one track. The release of this record took place in "De Groene Sael" in Breda, with over 150 fans to witness the mayhem. Concirning "Hand Over The Scepter!", superlatives ran dry and critics were extremely positive. THE WARBS ( EX-WANAGUEN ROCK BAND) native of Nantes and Montaigu is not for their first misdeeds there, with more than 150 gigs in their active person.Somewhere enter of the punk rock and the big rock 'n' roll, they play fast, tense and fat, the quite supported by a singer who always finds average to get excited. It is as for NEW BOMB TURKS, GLUECIFER, SUPERSUCKERS and THE DISTILLERS (for the singing sent by ofist '), that it is necessary to stretch out the ear.