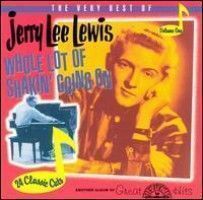 REMASTERED FROM THE ORIGINAL TAPES180 GRAM DELUXE VINYLOLD STYLE TIP-ON COVERJerry Lee Lewis never lacked self confidence. When asked who played on one of his sessions, he replied "I played on it, thats all you need to know!" When the Million Dollar Quartet recordings took place in December 1956, Jerry Lee was not slow to push himself forward. Jerry Lee recorded prolifically at Sun, turning his attention to a wide variety of source material. From the r&b of Drinkin Wine Spo-Dee-O-Dee to the pop of Singing The Blues, he encompassed a whole variety of musical genres adapting them to his own unique interpretations.All the sides on this album were recorded during a three month period during the first part of 1957, before he had his first hit with Whole Lotta Shakin Goin On.Apart from the two sides which made up his second single for Sun, all the tracks on this album remained in the can until Shelby Singleton purchased the Sun catalogue. Traditional country songs featured on this album include Hand Me Down My Walking Cane, Deep Elem Blues, The Crawdad Song and Old Time Religion.The sleeve notes by Ding Dong give a vivid snapshot of Jerry Lees activities during the period of the recordings on this album.